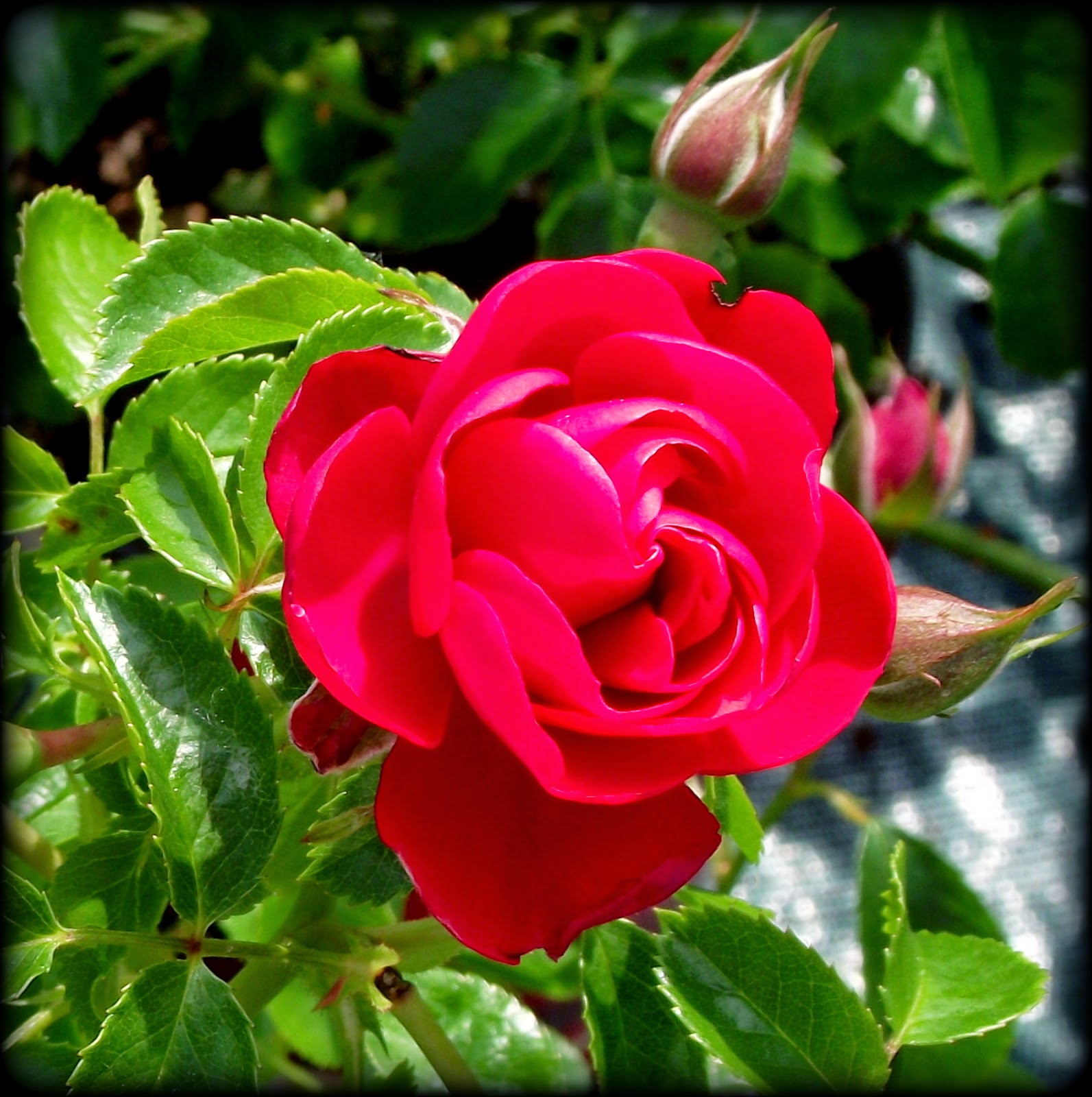 “Come over here, gentlemen,
And put your hands on my sword again.
Swear by my sword;
You’ll never mention what you've heard.” 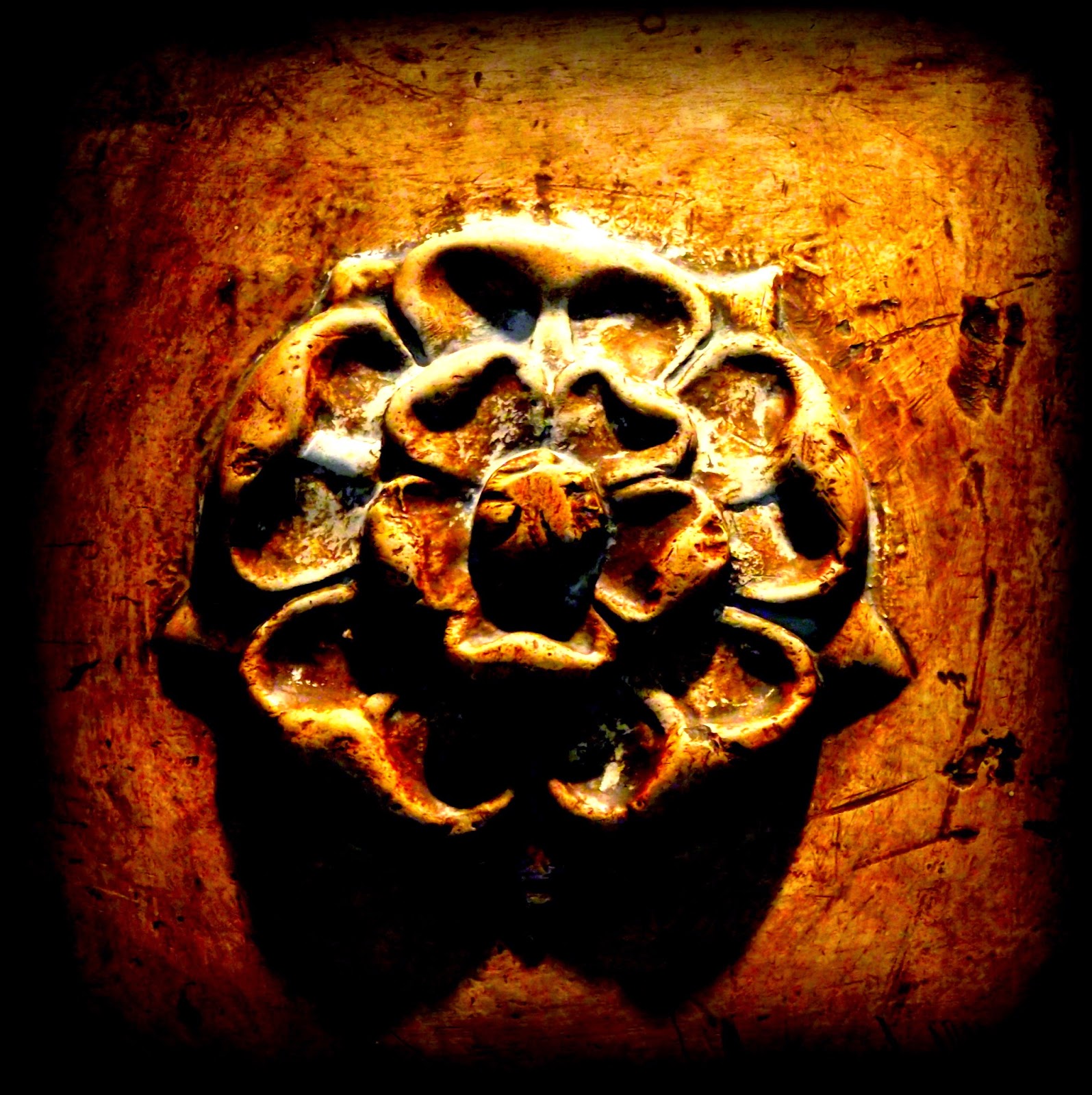 All pictures copyright D.B.Griffith 2013.
Posted by Chattering Magpie at 18:44 No comments:

A WONDER IN HEAVEN 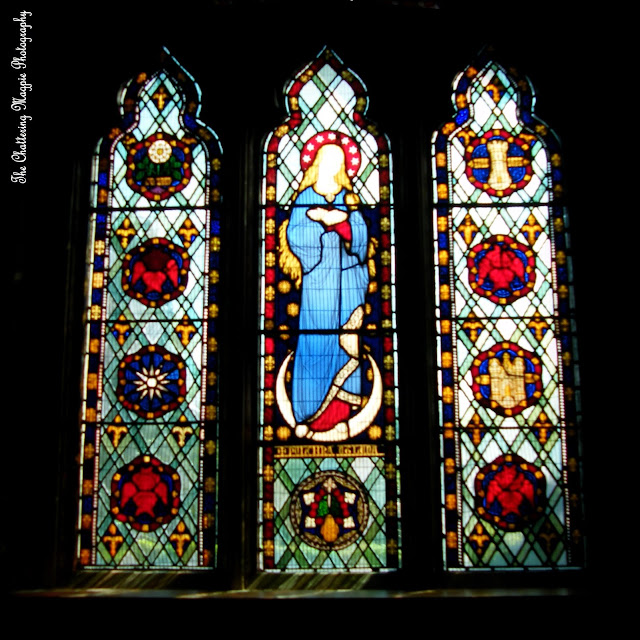 Behold a great wonder in heaven;
A woman clothed with the sun,
And the moon under her feet,
And upon her head,
A crown of twelve stars. 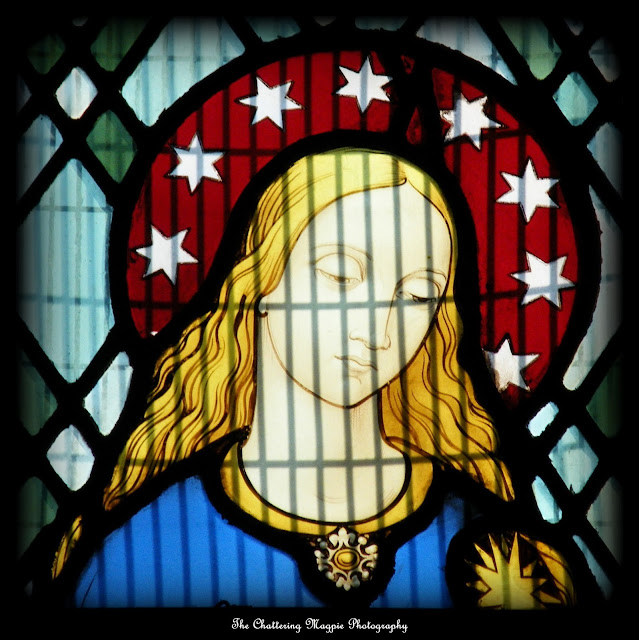 All pictures © D.B.Griffith the Chattering Magpie 2014. 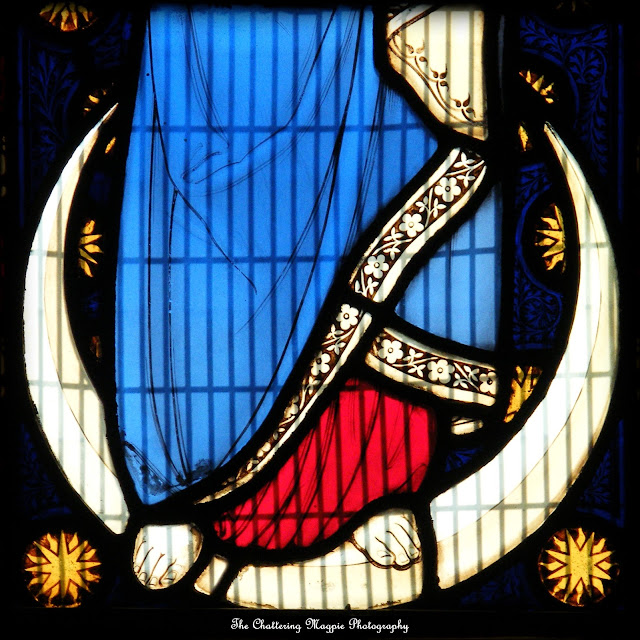 Detail of a stained glass window within the Church of Saint Giles, Cheadle Staffordshire England. 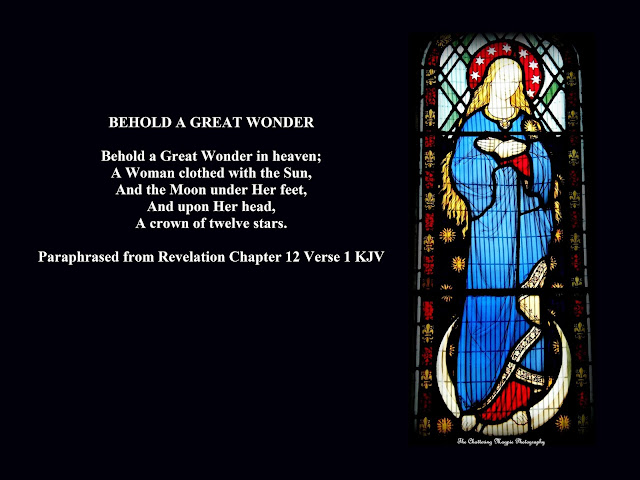 Posted by Chattering Magpie at 17:59 No comments: 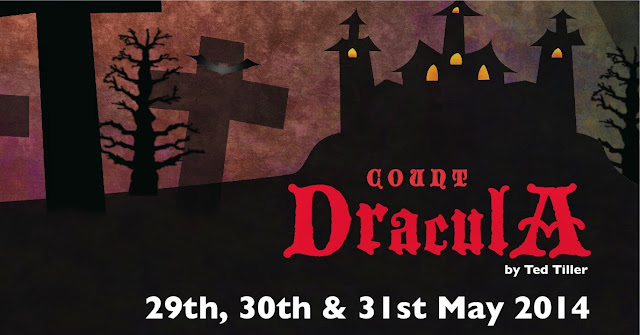 The City of Derby has long had an unofficial love affair with Bram Stoker and arguably his most famous work, Dracula. It was Stoker’s fifth and most successful work, first published on the 26th of May 1897 by Archibald Constable and Company, Westminster.

In the same year as publication on the 18th of May and therefore only days before publication, ‘Dracula’ or ‘The Undead’ a stage play by Stoker himself and based obviously upon his own novel, was performed for one night only at the Lyceum Theatre in London. It was a disaster; at over four hours long and with an unnecessarily plodding plot, it genuinely felt like it took all night to perform. The acclaimed actor Sir Henry Irving, believed by some to have been the actual inspiration for Dracula, dismissed the play as ‘dreadful.’

The book was a success, Stoker’s career as a novelist remained untarnished, the play however died or perhaps it would more appropriate to call it undead. It was many years later when an Irishman like Stoker, had the idea of a revival. In 1923 Hamilton Deane a successful stage actor and manager, secured permission from Stoker’s widow to adapt the script for the theatre. Failing to find a playwright willing to do the job, this remarkable theatre producer, turned playwright and did the job himself.

Deane’s theatrical company happened to be in Derby in May 1924 and the last three days of their multiple play stint at the Grand Theatre on Babbington Lane, which is today a Chinese Restaurant, were devoted to a test reading of the new play. So it was that on the 15th of May 1924 and for almost certainly the first time since 1897, Dracula once again took to the stage.

The play was an enormous success and a month later in the June of that year; Deane’s play was after having used Derby as his testing ground, thrilling audiences on a full tour of the country, with Deane himself playing Van Helsing and Edmund Blake the Count.

By 1927 the ‘Derby’ version of Dracula had been edited with the aid of John Balderston and was now thrilling audiences in the capital. The play went on to become one of the most successful and frequently performed of the Twentieth century. It was no longer a dead play, even if it was a story of the undead.

This highly successful testing of the new stage play in 1924 has led many to claim that Derby was the first to see the play performed. Not technically correct as there was the earlier performance. However, the later performance was truly public and rather better received by the critics. This correctly places Derby at the historic centre of the Dracula story as a theatrical production and it was Deane’s adaptation that became the template for later stage and film. This includes that famous and early screen interpretation of the Count by Bela Lugosi.

Béla Ferenc Dezső Blaskó was amazingly born in the province of Translvania in Hungary and took his stage name from his birth place, the village of Lugos which is now Lugoj in modern Romania. After serving in the Great War and rising to the rank of Captain in the Austrian-Hungary Army, Lugosi emigrated to the USA.

He eventually went on to play Dracula on Broadway in a version of the Deane-Balderston play. In 1931 it was Lugosi who became the first Dracula in a ‘talkie,’ a role he remained famous for and type cast by, for the rest of his life.

In the early 1950’s at the age seventy and only a few years before his death, Lugosi was playing the Prince of Vampires on stage in Derby. Not at the Grand Theatre sadly, what an amazing happening that would have been but at the Hippodrome on Green Lane, which today is a burnt out ruin awaiting demolition.

Sadly at seventy his performance was somewhat lack lustre, the company were jaded, trading on the name of a world famous actor past his prime and ill. Yet this was only one of many times that Dracula, a now perennial theatre favourite had been performed in Derby and it has been performed many times since.

The latest performance, not actually the world famous Deane- Balderston ‘Derby’ version but a Ted Tiller play, was performed by the Locko Amateur Dramatic Society. The ‘LADS’ as they are called are a well known and well respected amateur company with a reputation for enthusiasm and professionalism.

Their own performance ran on three nights, the 29th, the 30th and the 31st of May 2014. So it was that ninety years after the preview of the Deane adaptation of the story, Dracula returned to Derby and I went to see it.

The story is a much truncated version when compared to a more traditional telling but bearing in mind that Stoker’s original play lasted four and half hours; who is going to complain that this play only lasted an hour and half? It was seven quid a ticket!

Directed by my friends (so yes I am biased) Janine Getty and Claire Ryder, the cast of local actors threw themselves into a retelling of a story most of us know back to front. A difficult situation because there are always changes that although necessary, will not themselves please the purist.

The play was primarily set in the drawing room of the private apartments of Doctor Seward, in his lunatic asylum. A balcony in the centre of the backdrop and opening upon a distant view of Carfax house, the new home of a foreign gentleman of nocturnal social habits, provided the suggestion of menace.

Outstanding performances of note were several. These included Marie Stone as Sybil the sister of Doctor Seward. A totally new character and played by Miss Stone with more than a touch of the comic relief, as a type of alcoholic Joyce Grenfell.

A young man by the name of Ciaran Hammond played the patient Renfield. Energetic and lovable rather than repulsive, his highly expressive eyes and body language; truly captured the sense of internal torment and confusion of this misunderstood tragic character.

The heroine Mina Murray, was played with charm and style by the beautiful Jenni Wildman. Contrasting a demure sensitivity and delicate nature, with an energetic almost violent confusion, Miss Wildman portrayed a woman trapped by circumstance beyond her understanding.

Mark Tunstall was a more than competent Dracula, menacing and necessarily melodramatic, with both an accent and a kind of unpleasant suave that even Lugosi would have approved off.

So it is that the City of Derby continues this love affair with one of the great gothic horror stories of all time. It is a story that is melodrama, fanciful and ridiculous in its superstition, yet menacing, dark and frightening. Dracula remains a favourite and an inspiration to writers, performers and the audience. Dracula is a deeply complex amalgamation of human emotions, yet it is simplistic in its intuitive measure of the human wish to be thrilled.


http://www.theladsdrama.co.uk/
Posted by Chattering Magpie at 20:40 No comments: