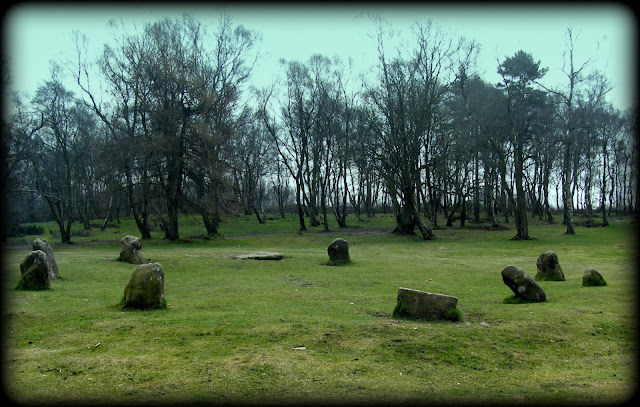 Here in the British Isles Friday the 20th March 2015 was the Vernal Equinox but the day was also astronomically significant for another reason. Across much of Northern Europe the same day would see a Partial Eclipse of the Sun. Even before the realisation of that last significant event, I had been invited by a party of friends to join them on a visit to the Nine Ladies Stone Circle, which stands on Stanton Moor in Derbyshire. I was also honoured by invitation of the host of the said group, to both write and lead an Equinox Ritual for his party. I was pleased to accept, knowing that I had made a positive impression on a previous occasion, when we had visited Lud’s Church in Staffordshire.

So it was that several friends and contacts began to consider the best or at least a suitable way of marking the dual event. My plan was to car share with a friend, drive to the edge of the moor and walk to the Nine Ladies to observe the event. There we would meet other friends including the party from Nottingham, picnic and perform a ritual for the Vernal Equinox.

Unfortunately due to matters beyond anyone’s control, we were a little late parking on the edge of the moor and were very much aware of a darkening sky as we drove into the Peak District. After a short walk from our parking space, we observed the Partial Eclipse not from the stone circle itself but from the cliffs overlooking the Derwent Valley and the villages below. A most beautiful prospect even with an overcast sky as we observed dancing shadows and speckled sunbeams move across the valley.

We observed the precise height of the Partial Eclipse standing amongst the rocks, a moment when enough cloud cleared to observe the sun safely and stand in awe as the Cheshire Cat from Alice's Adventures in Wonderland looked down upon us. Unfortunately I was unable to capture that moment, a very special moment photographically but we saw the moment and that was enough.

Moving on, my friend and I met up with a Facebook companion from the Derbyshire village of Brailsford, already settling down to picnic and appreciating the attractive surroundings of the stone circle. Joining her, we set our own equipment down and encamped far enough away from the stones to admire the setting, without encroaching upon the other visitors.

A text conversation soon ascertained that the party from Nottingham would not arrive until lunchtime and had observed the Partial Eclipse from the bus station in Derby. Apparently in Derby the skies were clear and not overcast at all, their views of the phenomenon were therefore, much better than our own.

We three merry campers on the moor set off to explore, take pictures and returned to our base for refreshments as necessary. As the morning lengthened, the skies cleared and the day became, bright and rather warm.

The Nottingham party eventually arrived, having themselves been delayed somewhere on the A6 road. My lift spent a few moments chatting but being aware of the time and having plans for the afternoon, was forced to depart. I chose to stay, as I had agreed to lead a ritual. This departure of my original lift did not however, leave me stranded. Our companion offered to give me a lift later to Brailsford, from whence home is easily accessible via public transport. 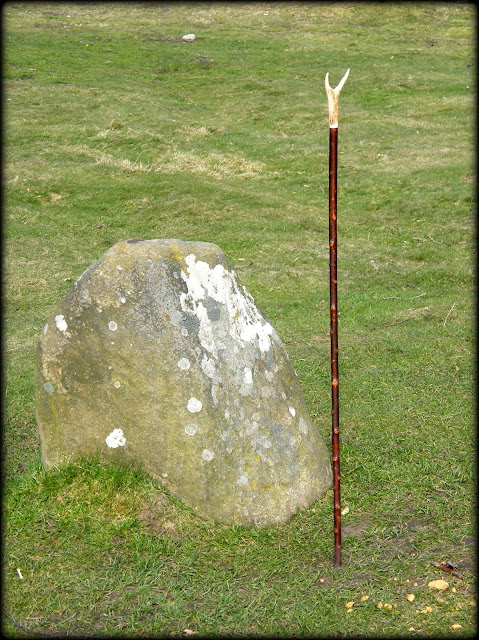 The Nine Ladies circle itself was empty and we were free to enter the circle for our ritual. We began the preparation for our observance with a minimalist approach to the equipment needed. I placed my stang in the north of the stone circle itself, four red painted horseshoes marked the compass points of north, south, east and west. I provided joss sticks, biscuits, a chalice of mead and a bottle of anointing oil, all of which was placed in the centre of the circle.

Printed scripts were handed out and volunteers sought for the various parts. Explanations were soon sought, the ritual was not what was expected. No circle casting for example, no this is a compass and the Nine Ladies is itself our circle. The elements are in the wrong places and again no, I am using a different model to the usual Golden Dawn or Wiccan inspired rituals, my inspiration is Robert Cochrane.

Once these matters were comfortably settled the ritual was underway and I reproduce the same, in its entirety below. 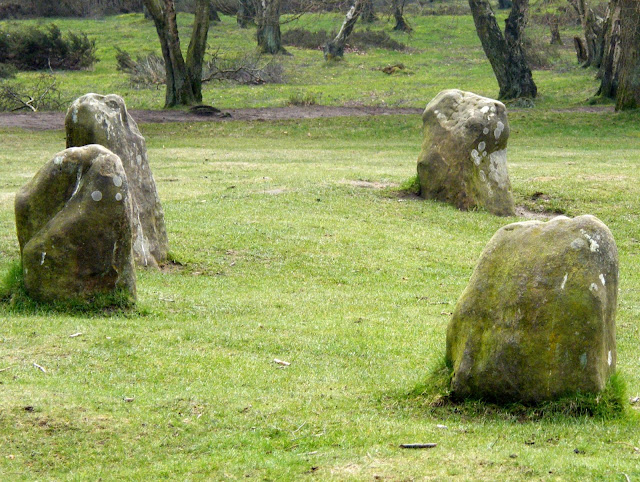 The centring or grounding

Group gather in a circle and link hands, the Druid Oath is then intoned three times by all:

“We swear, by peace and love to stand
Heart to heart and hand in hand
Mark, O Spirit and hear us now
Confirming this, our sacred vow.”

One person shall say:

“Hail, Guardian Spirits of this place,
We ask for your blessings on this our rite.
We come here to celebrate the Spring Equinox.
We ask, in peace and with respect,
That you might accept our presence.”

(This is adapted from the Hearth of the Turning Wheel Alban Eilir Ritual written by K. Clegg and performed by the group in 2007)

Robin: “Beloved Bloodmother of this our clan. Welcome us at this time, with your heart and womb. Let us learn to live in love with all you are and so our seeking spirit shall serve the Sacred Blood.”

Marion: “Beloved Father, speak to us in vision and do not abandon us to the grave. Nor hand us over to Hard Fate utterly, nor those whom our love protects.”

Blessing and anointing with oil and incense

A suitable oil is blessed using wand, blade or hand while saying: “I do consecrate and bless this oil, to drive out all impurities and make fit for use in this our rite.”

Each person will anoint the person to their left with a runic symbol while saying: “You have walked this path in spirit (and) now (you) do so in flesh.” Please note that the words in brackets are optional.

For an Equinox or a Solstice the Hearth of the Turning Wheel use a version of the Sun rune:

Light the incense, using wand, blade or hand bless and say: “I do consecrate and bless thee Oh elements of air and fire, to drive out all impurities and make thee fit for use in this our rite.”

Pick up the incense and say: “I scent this circle with air and warm this circle with fire. This I do in the name and power of our God the Lord of the Greenwood.” The compass points are scented, first north, then south, east and west.

Person “A” faces north and says: “From the sky, Crow Woman we call thee.”

Person “A” walks across the circle to face south and says: “From the earth, Hare Mother we call thee.”

Person “B” faces east and says: “From the rising sun, Goat King and Witchfather we call thee.”

Person “B” walks across the circle to face west and says: “From the underworld and the setting moon, Stag Lord we call thee.”

One individual reads this poem (Adapted from Duff G. (2002) The wheel of the Wiccan year. Rider.):

“Ostara is new light, soft sweet air, the running hare and spring flowers.
The bursting of buds and the straight following of new paths.

May the spirits of the air guide our thoughts when we set out on new paths.

May the spirits of the Sun and fire give us vitality and passion to make new ventures successful.

May the spirits of water help us to tread new paths with balanced emotions.

May the spirits of the earth give us physical balance so we may draw life and health from the strengthening Sun.

May the Gods watch over us this Springtime and may we continually remember to give thanks to them for this new season.”

The rite of communion

The goblet and plate are held high while one individual reads this blessing from 'Sigdrifa’s Prayer' from ‘Sigdrifasmal.’

“Hail, day!
Hail, sons of day!
And night and her daughter now!
Look on us here with loving eyes,
That waiting we victory win.

Hail to the Gods!
Ye Goddesses, hail!
And all the generous earth!
Give to us wisdom and goodly speech,
And healing hands, life-long.”

The cup is passed to the left with the words: “May you never thirst.” The person receiving the cup will drink and pass the cup to their left with the same words.

The meal is passed to the left with the words: “May you never hunger.” The person receiving the meal will take some of that offered and pass the remainder to their left with the same words.

Person “B” faces west and says: “Of the underworld and the setting moon, Stag Lord we thank thee.”

Person “B” walks across the circle to face east and says: “Of the rising sun, Goat King and Witchfather we thank thee.”

Person “A” faces south and says: “Of the earth, Hare Mother we thank thee.”

Person “A” walks across the circle to face north and says: “Of the sky, Crow Woman we thank thee.”

After a pause all in unison will say: “By the fire of dreams and the compulsion of sorcery. By knowledge, daring will and silence. By the tides of Earth, Sea and Sky. May all beings and powers of the visible and invisible depart in peace. By flesh, blood and bone we do thank thee.”

After a pause one person will say: “May all beings and powers of the visible and invisible depart in peace, with our blessings.” 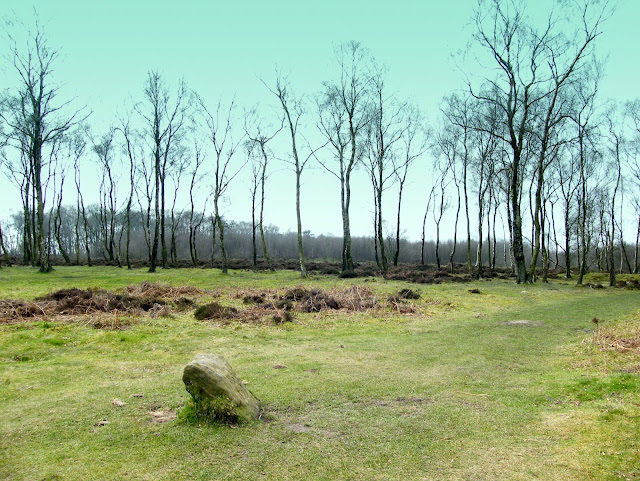 Once the ritual had ended we again enjoyed our refreshments, some rest time and conversation. I was appreciative of the compliments made, as it was evident that the group enjoyed and were equally impressed by, both the ritual and my ‘performance’ as the Robin. 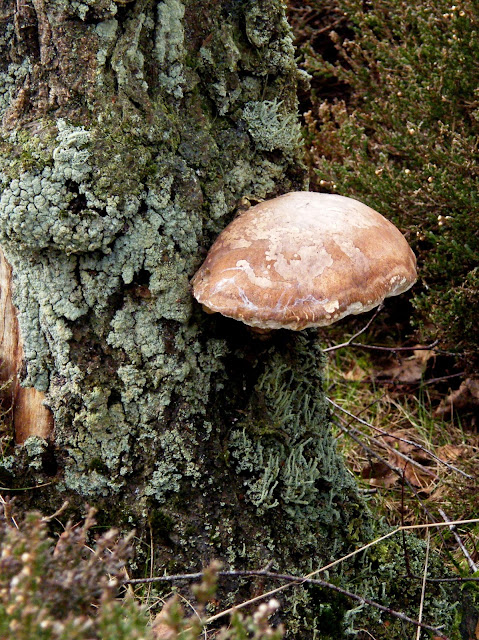 The Nottingham group eventually decided to set off and explore the moor proper. Stanton Moor itself, is famed for its beauty, its wildness and numerous Neolithic monuments. I on the other hand, knowing I had a private ritual to attend later that day, gratefully accepted a lift part of the way home. 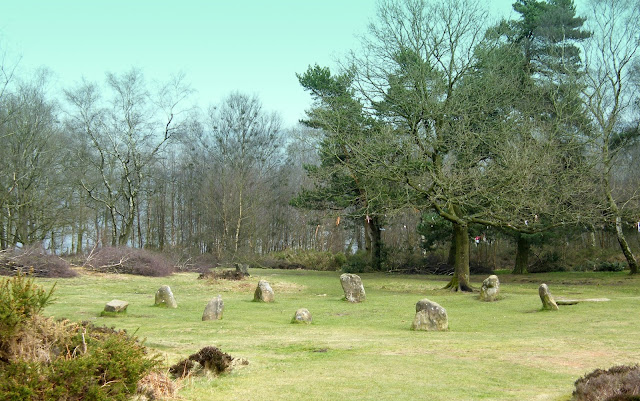 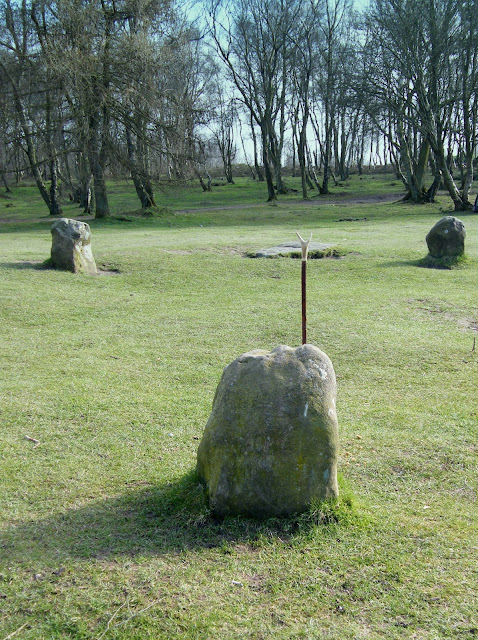 Posted by Chattering Magpie at 10:30 No comments: Links to this post 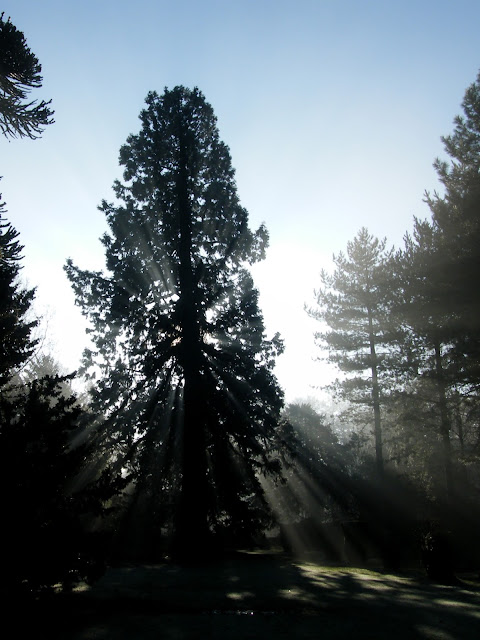 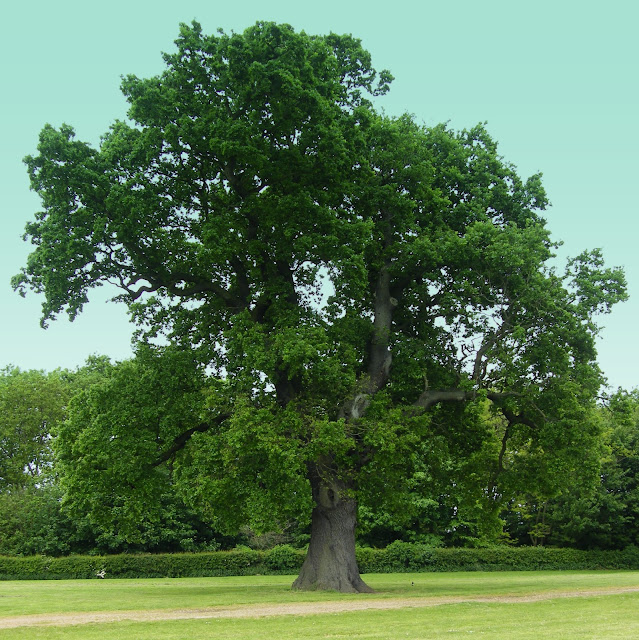 Posted by Chattering Magpie at 12:52 No comments: Links to this post