My Journey – My Crooked Path 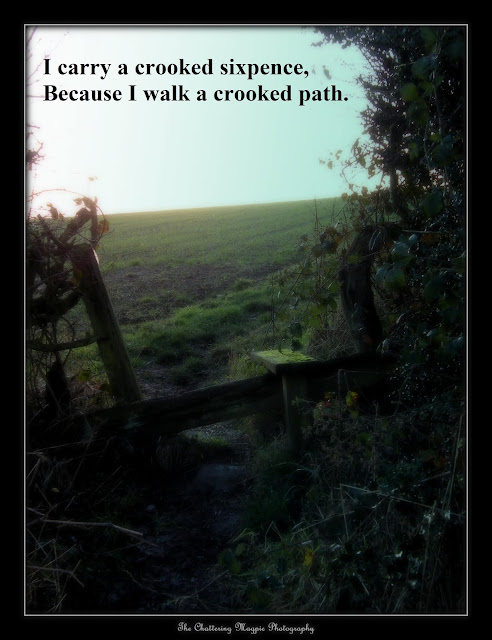 In the summer of 2018 I was asked to present a talk at the Nottingham Pagan Network Moot. I was given only two parameters. The talk was to be no more than thirty minutes long and on the subject of Paganism. Now thirty minutes isn’t very long and Paganism is a very broad subject. I understand how these matters work, I have organised events myself and I have been guilty of setting similar rather vague parameters. The issue is how to narrow the focus to something a little more meaningful.

So what did I to talk about? Was I going to define Paganism? Did I define Witchcraft, Traditional or other? Can they even be defined? I did none of these. I spoke instead about a deeply personal subject. I spoke about my own crooked path, my own spiritual journey. It may surprise many of you reading this to learn that as a child, I was brought up in an officially atheistic household. Yet today I stand within Paganism as a traditional polytheist. This move from atheism to polytheism is significant and I have never been a Christian. Which I believe in Paganism to be quite unusual. To understand this dramatic shift in perspective, it is necessary to provide some context regarding my life experience. 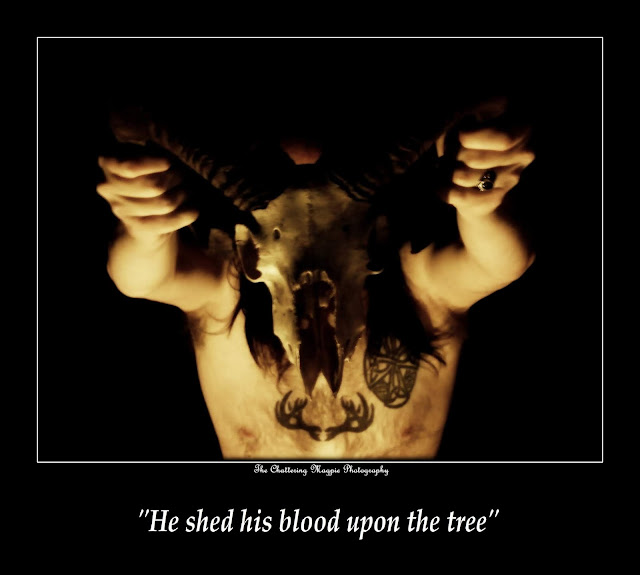 My father went to war in 1943 a good Chapel boy from Wales but he was not a boy when he returned home. He was a man who had witnessed true human horror. He had become an atheist. A man unable to accommodate the Christian message of a loving God, with the very real atrocities he had seen in Burma and Malaya. After the war he moved to Nottingham where his mother was living with her second husband, my father was looking for work. He came to work in Derby and met my mother, who was from a non-practicing Catholic family. So throughout my childhood, religion was a sensitive issue and often subject to censure

As a child I developed an interest in mythology, we as a family had an interest in history. I remember watching entranced, such films as ‘Jason and the Argonauts’ for example. At about nine or ten, I remember having lessons about Greek Mythology at junior school and I was fascinated. The teacher however, rather spoilt the lessons by attempting to play them down. I remember her telling us that they were just stories and had no real meaning. Even at ten years old I remember quite distinctly, internally questioning this foolish statement.

I could not believe that an entire culture and nation could and would, base its whole concept of civilisation on something that was now being dismissed as mere stories for children. Even at ten years old, I could recognise that within mythology, there is something deeply significant and meaningful. It was later that as a teenager, I read a little Gareth Knight and began to develop a passing if secretive interest in occultism. The seeds had been sown but germination was long delayed.

My father died in 1988 and his death brought about major changes within our lives. Of the four children, three became Christians but perhaps because of my interest in mythology, I fell back on my teenage interests. I shifted rapidly towards modern Paganism and Wicca. I read extensively and began to attend some of the local moots. As my mother’s health deteriorated and I became her carer. I was unable to attend meetings and so took to distance learning with a group based in Humberside. 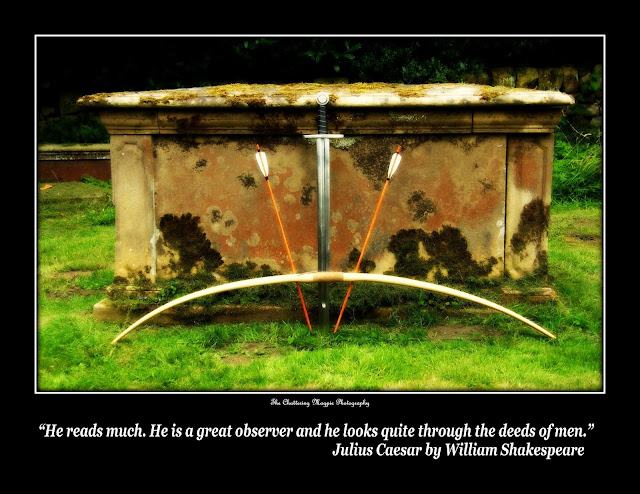 When my mother died I spread my wings a second time and became less isolated. I returned to the ‘Pagan’ scene, attending moots and lecture nights on a regular basis. Today I have very much moved away from my early wiccanesque influences but unlike some, I certainly do not deny them. It is where I started. Officially I never progressed beyond first degree, having now declined further initiation twice.

It is worth giving some thought to how we as individuals and as Pagans are influenced. We are all influenced by society and the environment of our existence. We are influenced by our parents, our family, our friends, our class, our education and a myriad of social economic circumstance. Even if we reject the principles they represent, we are still reacting to an influence of some nature.

Today I am a Traditional Pagan and I am a polytheist. To be brought up in an atheistic household, to pass through the duotheism of Wicca and to now hold the theological perspective of polytheism; without ever being a Christian, is a radical perhaps revolutionary development. Books that can at least be held as partly responsible for this development, as triggers to a new way of thinking, are ‘Witchcraft a tradition renewed’ by Evan John Jones the former Magistrar of the Clan of Tubal Cain and ‘Call of the Horned Piper’ by Nigel Jackson.

Up until my discovery of Evan John Jones and the Clan of Tubal Cain, much of my reading had been that of Valiente and the Farrars. ‘Natural Magic’ by Doreen Valiente remains one of my all-time favourite works, read so often that like my first copy of ‘Witch amongst us’ by Louis Bourne, it fell apart. Bourne and in particular Valiente spoke to me via their works, striking a deep and resonating chord within me. Something both natural and otherworldly, was able to take me to a place inside, where few writers have ever reached. 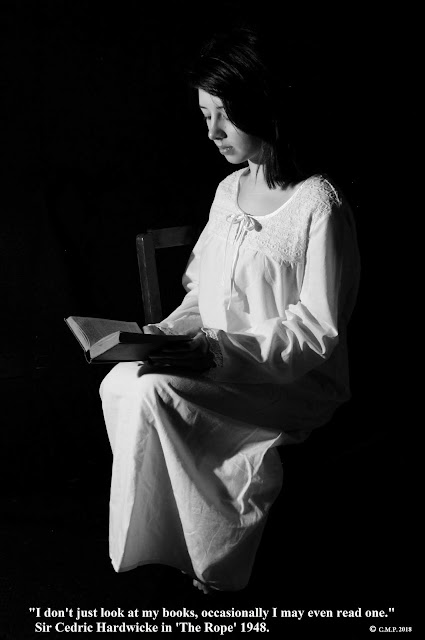 The move towards the works of Jones, Jackson and others, may not be a natural progression for all of us but for me it flowed seamlessly from the works of Valiente. The discovery of both authors was however, a challenge to my now comfortable spirituality and fired a fresh desire to search, to delve and explore further. An uncomfortable and at times unpleasant quest.

Although my path and my practice are earthier today. Rather more traditionalist in content and approach than it was in the beginning. I do however, still consider myself to be a Pagan by religion, the use of the word religion doesn’t disturb me but I do object to the patronising prefix of ‘neo.’ The avoidance of this usage is something I share with Graham Harvey and others, it isn’t unique. Paganism is not a new faith or even a new religion, because its roots have a long history. It is in my opinion, a spirituality that is inspired by the past but not restricted by it.

Whether I can describe my Paganism and my Craft as a lifestyle, a spirituality or a religion alone, is problematic. There are crossovers and influences, the boundaries are not in my view, clear or easily perceived. My lifestyle I suspect, influences my religious views but my spirituality must influence my lifestyle in such a manner, that I am open to such influences and choices. There is I suspect a symbiotic relationship, which is near impossible to separate the longer I am a practitioner.

It should of course be obvious that Paths will differ within Paganism, that there are many kinds of Pagan and differing kinds of Witchcraft. Some Witches are Pagan and some are not. It is challenging if not impossible; to identify a primary model or template, by which we can measure one path with another and decide absolute authenticity. 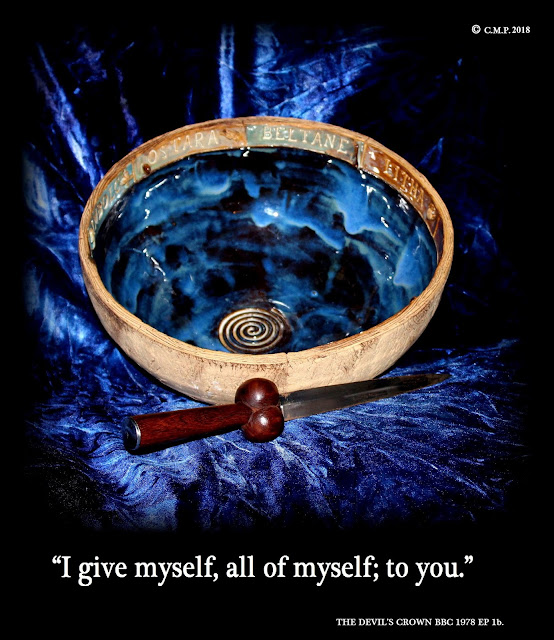 I am of the opinion that no one chooses their spiritual path. We may think we do but influences unknown; Fate and our own psychology, will place us at points in our lives where choice is a matter of circumstance. Our choice is not a choice. Spirituality and religion are not fashions. We do not wake up and decide that today we will be a Jew or a Muslim, a Pagan or a Christian. It isn’t comparable with buying new shoes or having our hair done. Spirituality is not about accessories but it is about living.

Nor do we choose our own Gods, although many still think they do. If a God or Goddess doesn’t want you, then eventually you will find out and those that want you will take you. We may fight, we may miss the omens or even attempt to ignore them. Eventually a path will lead into an unknown forest and if necessary, a God or Goddess will drag you kicking and screaming into the forest and set that Crooked Path straight.

Once we have set foot upon the Crooked Path that can never truly be straightened, by whatever name we call that path; whether it be the Left Hand Path or the Hidden Way. Once we have begun to explore the Secret and Nameless Artes, we are never the same again. We are changed.

These are all names used to distinguish what we do from the straight and the well-trodden paths of our mundane society. We will face challenges both mental and physical, friends and family may even turn against us, these are tests that many of us face and some of us will turn back.

The Crooked Path is a call; a deep echoing and primeval one, which touches us at an atavistic level. It is the call of the Witchblood, it is the call of our ancestors and once heard it can never be unheard. That is why some of those who do turn back, still return to the Crooked Path by a spiral one. Our choice is not a choice. 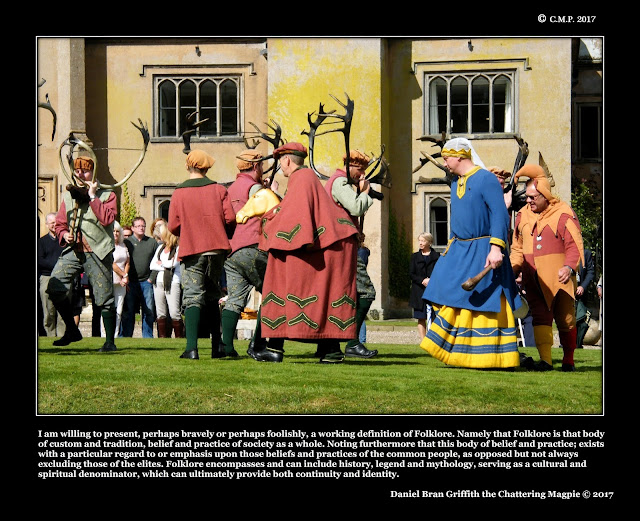 Folklore is an important influence and in particular that which is of a local flavour. My craft is firmly rooted within the land, it is a traditional cultural and regional based Paganism. An awareness of local custom, history and folklore is intrinsic to my path. From the legends of Sherwood to the well-dressings of Derbyshire, custom, belief and tradition play a vital part within my spirituality. The attendance of, the occasional participation in and even the incorporation of such activities in my own rites, provides me with a link to the lore of this our land.

This naturally leads us to ask, what is folklore and what is tradition? I am willing to present, perhaps bravely or perhaps foolishly, a working definition of one but not the other. Namely that Folklore is that body of custom and tradition, belief and practice of a society as a whole. Noting that this body of belief and practice; exists with a particular regard to or emphasis upon, those beliefs and practices of the common people, as opposed to but not always excluding those of the elites.

This is perhaps a longwinded definition and one that not everyone will agree with. Folklore encompasses and can include history, legend and mythology, so serving as a cultural and spiritual denominator, which can ultimately provide both continuity and identity. I am not going to attempt to define tradition. I shall leave that to others. 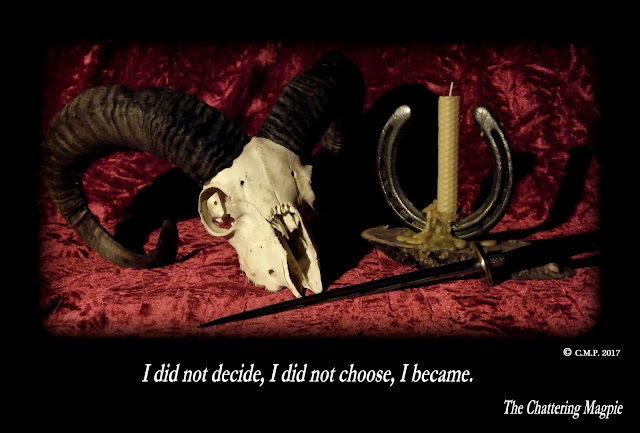 As I draw this work to a close; I note that like my own crooked path, I have meandered. I hope that the reader has been able to follow my thread; as like Theseus, I have attempted to lead you through a labyrinth.

Today I stand upon a Crooked Path and that description is apt. My wanderings over the past thirty years to reach where I stand today, has been an unforeseen journey. A journey of confusion and torment. A journey of searching, questioning, self-doubt and bewilderment; to finally reach a point where I have become what I have become. I did not decide to walk this path I did not choose, I became and may those who are wise understand what is written. 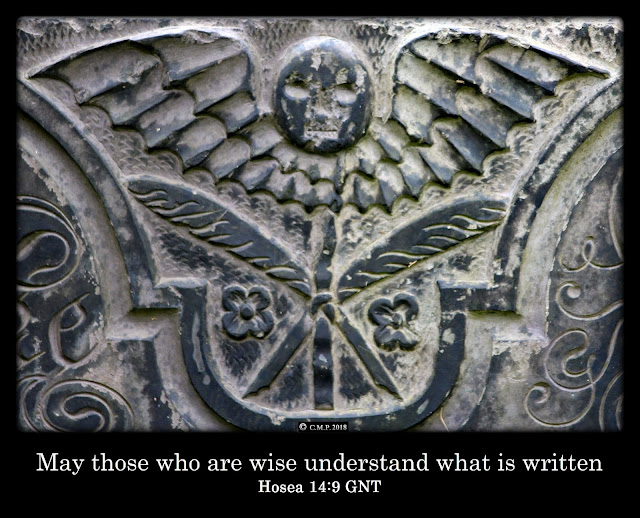 Posted by Chattering Magpie at 20:01